Should you be interested to purchase, please message me: pre-gallery price is $275 plus actual shipping and packaging cost, next week it will go to the "framery" and made ready to be shown in the gallery.
I am often asked where I get all my ideas from.
Some elements of this image came from memories of microscopic slides. I was not looking at such slides while painting, but I have seen such images often, and the memories are just there and seem to make it somehow into my paintings.

For example the spores of cup fungi:
The black lined ending in the dots could be from a fungus called Mucor:
The white cell structures - nearly any plant:

EMMA SCHKLOVEN from the Lynchburg Paper "News and Advance" today published a very encouraging feature about me.


Here a couple of excerpts. For the whole article please follow the link.
Jurgen Ziesmann, a biology professor at Lynchburg College and the featured artist in Riverviews Artspace's Co-Op Gallery this month, works on a painting at his studio in Lynchburg. He says he never starts with a clear idea of how his art will look when finished. "I like to mimic ... biological processes because I'm often surprised myself [by] what the outcome is."

Ziesmann, the featured artist in Riverviews Artspace’s Co-Op Gallery this month, never starts with a clear idea of how the piece will look when finished. Instead, he places lines and shapes on the paper and allows them to grow and develop naturally, much in the way organisms do.
“I like to mimic those biological processes because I’m often surprised myself [by] what the outcome is,” he says while sitting in the front room of his Rivermont home, which doubles as his studio, an incomplete painting of squiggles, dots and brown earth tones in front of him. “If you have two cells, one from one organism and one from a different organism, they could grow into completely different things.”
“It resembles biology,” he says of his process. “You have surprisingly few genes and according to the rules, you have predictable outcomes. Every human has two arms, two legs, a body, a face, two eyes, a nose and a mouth. But applying the same rules with tiny variations on it gives you all this variety. There’s not a single human exactly the same as any other on Earth or before you or after you. You’re unique. I like the idea that my pictures are somewhat similar.”

Here a few of the pictures on show at the Riverviews Co-Op Gallery, Lynchburg (until end of May 2016)

A picture of mine made it into the local newspaper. 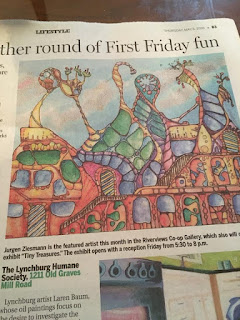 I am featured artist of the month at the Riverviews Co-Op Gallery, downtown Lynchburg. Come and meet me there this Friday (May 6) between 5:30 and 8:00 pm.

Below my latest watercolor from a distant world: Seascape. 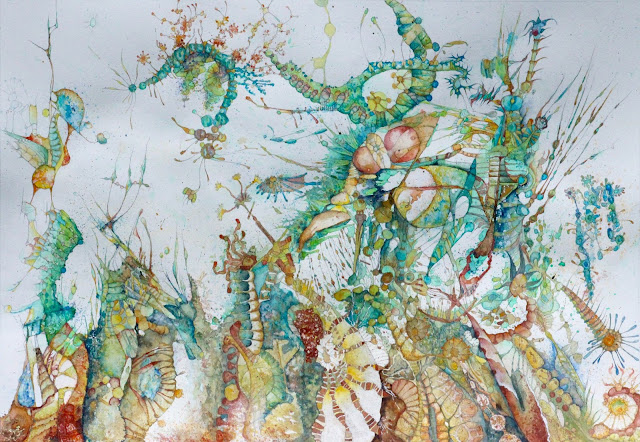 Here some detail from the picture: 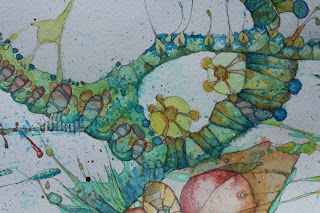 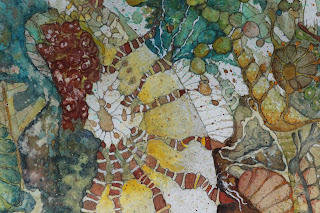 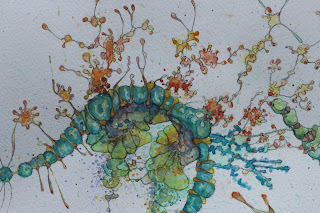 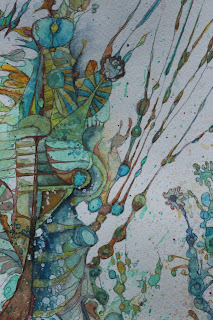 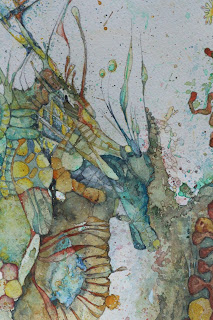 In the older post you can find some pictures from the work in progress!
- May 04, 2016 No comments:

Time to show the pictures that are on the show at the  Steven Francis Fine Art Gallery If you are interested in purchasing any of these artw... 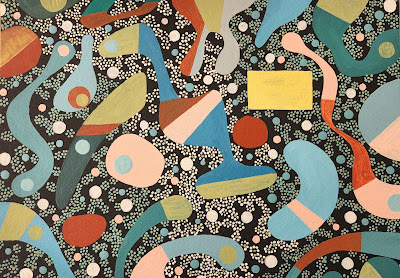